Academic Achievement For All—When Are Children Ready to Learn?

Wow!  You’ve come a long way, baby! In the 1980s and 1990s, educators and policy-makers were jumping on the bandwagon to provide free kindergarten programs in all public schools. The reasoning then was that after a year of kindergarten, every child would finally enter first grade ready to learn.

Fast-forward to 2015. Now policy makers are clamoring for academic preschool programs so that every child will enter kindergarten ready to learn.

“Head Start has an impact on 4-year-olds’ language and literacy skills while they are in Head Start, but these early gains are not sustained as the children develop and move into the early school years. Furthermore, there is no evidence of impacts on children’s math ability, pre-writing skills, or teacher assessments at the end of Head Start, at the end of kindergarten, or at the end of 1st grade. In other words, the children in the Head Start group ended their Head Start year with moderately higher skills than their counterparts in the control group, but this advantage did not lead to longer term gains when they were in school. At the end of 1st grade, they end up at the same point as the children who were not given access to the program…The Head Start group scores are not statistically different from the control group scores in kindergarten and 1st grade.”  (1)

Not many years ago kids were expected to start learning the ABC’s at age six when they entered first grade. Now it is no longer acceptable for students to enter kindergarten expecting to be taught everything they need to know to move on to first grade. If they don’t know at least some letters and sounds, they are already behind. In a decade or two from now, will we be saying that kids still don’t know enough, therefore we need to provide a full school day for three-year-olds so they will enter preschool ready to learn?

Administrators in my district say they want to “focus more effort on connecting with early learning and child care providers to ensure that they are equipped to help children prepare for kindergarten.” (2)

Do we really think that all four-year-old children should be in school for a full day? Not everyone does. Education Corner writes, “Even though children in daycare programs can develop intellectually, children benefit most when parents stay at home with their children and educate them.” (3)

If they are not going to go to school, what should preschoolers be doing? Playing, of course! Play gives children the opportunity to learn to be self-directed, to persevere, focus attention, imagine, experiment, discover, problem-solve and create. Too much formal education at a tender age may detract from this very important part of child development.

Young children learn things informally, from parents and siblings. During parent or caregiver interactions, children learn that something is big or little, sweet or sour, smooth or rough, loud or soft, light or dark, red or blue. Parents naturally teach their preschoolers basic concepts like colors, shapes, counting, sorting, etc.

Children are listening and talking and expanding their vocabulary. We know that exposure to adult conversation with rich vocabulary usage will increase young children’s use and understanding of complex vocabulary words. Parents should be reading books aloud to young children which also helps develop vocabulary. A large vocabulary is linked to better reading comprehension and more successful decoding. Learning to read is critical for school success.

Some children are ready to learn to read as young as age four. I know a few of them. But most children at this age need to be physically active in play, and will not thrive in a formal academic setting. Play helps young children’s brains develop. A number of studies show that play-based preschool learning is good for kids. (4) 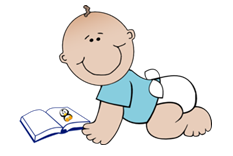 Some will argue that preschool helps children become better socialized, learning to take turns and share. That’s what parents used to teach kids along with their brothers and sisters and friends before formal schooling began! Unfortunately, far too many children are not taught considerate behavior prior to entering school and teachers are now expected to fill in the gaps. This steals time away from formal learning for these children and for those around them who are affected by their lack of self-control.

It seems that the argument for preschool socialization actually isn’t a very good one. “A study by researchers at Stanford University and the University of California showed negative social­ization in the areas of externalizing behaviors, inter­personal skills, and self-control as a result of even short periods of time spent in preschool centers.” (5)

Some states already have a proven track record with preschool programs. Academic gains favoring children who have attended preschool are quickly lost. “More than a decade after offering students uni­versal preschool, neither Oklahoma nor Georgia has shown impressive progress in students’ academic achievement, as measured by the National Assess­ment of Educational Progress. In fact, in Oklahoma, fourth-grade reading test scores have declined since 1998 when the state first implemented universal preschool. Furthermore, the report notes, ‘by the end of first grade, children who did not attend preschool had skills similar to those of Georgia’s preschoolers.’”  (6)

Years ago, parents kept children home until around age six when they entered first grade, and then they learned the alphabet and how to add and subtract. So why did we start sending children to school at younger ages?

“The kindergarten movement was propelled by the industrial revolution and the introduction of women into the factory labor force…Kindergarten, once a half-day affair required by only 40 percent of US states, has become largely a full-day affair required nationwide. Academics, including math and reading curricula, testing and grades, are now the norm in many schools. Programs for younger children have expanded as well…Having your child cared for outside of the home, once looked down upon as an abrogation of a mother’s maternal instinct, is now a socially accepted practice. Indeed, those parents who choose not to put their children in out-of-home settings are the ones perceived as insufficiently concerned with their child’s welfare.”  (7)

The big question is when do we decide that enough is enough?  When are children too young for schooling? When do we stop requiring more academic achievement from children at ever younger ages?  We have seen little gain in test scores in the years since we began providing kindergarten for all children and I strongly suspect it won’t happen when we provide full day preschool for all children either. Let’s let kids be kids a bit longer and let them imagine and build and learn through play until they are really ready to learn. 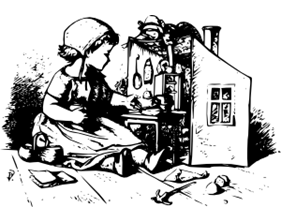 For more information on Head Start, see this:  http://aspe.hhs.gov/hsp/strengthenheadstart03/report.htm