From Phonics Instruction to Reading Words—Bridging the Gap 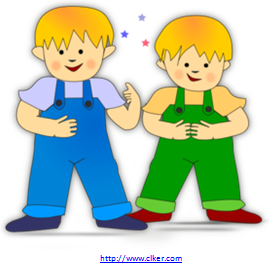 If you have been teaching your child the letters of the alphabet and the sounds they represent, then your child should be prepared to learn to read, right? Then when you proceed to the next step—blending the sounds together—some kids just don’t seem to get it.

What if your child doesn’t seem to understand the concept of blending letters into words?  How do you proceed when your child knows the letters and their sounds but isn’t able to blend the sounds into recognizable words?

This is not a time to push learning.  It is a time to step back, slow down, and evaluate the situation.  Some children have learned the alphabet from electronic toys which give the letter name and the letter-sound when you push the button.  This can be confusing for a child until he learns that none of the letter names for consonants are used when sounding out words.  For this reason, it is better to avoid these types of electronic devices and teach your child yourself.  That being said, if the deed is already done, you can still help your child understand the difference between the names of letters and the sound(s) they represent.

Recently I worked with a four-year-old I will call Amy.  She had learned the alphabet and she also was listening to one of those learning toys that repeat both the letter name and the letter-sound.  When she looked at a word, she would say, see—you—tee, rather than saying the sounds /k/-/ŭ/-/t/ for the word “cut.”  This did not sound like any word she knew, so she kept checking to see how I would respond.  When I pointed to the word and pronounced the sounds for each letter, she was confused.  She was not looking at the word on the page anymore, she was studying my face.  After a few tries, I knew she was not quite ready to read.

Amy is only four years old and she is a very active child. She doesn’t sit still for long.  At age four, she has plenty of time to learn how to sound out words, so there is no reason to push learning or to conduct formal phonics lessons which might only frustrate her and cause her to dislike the activity.

My advice to parents is, teach your child while he or she is on the run.  When she comes into the kitchen you can point to a letter on the refrigerator and ask her, “What is the sound of that letter?”  If she tells you the name of the letter, say, “That’s the name of that letter, but I want you to tell me the sound of the letter.”  If she can’t remember, you simply say, “The sound is…Can you say that sound?”  Repeat this several times a day. If your child has no interest in this at all, wait a few weeks and try again.

Don’t try to teach more than two, or at the most, three sounds at a time.  Your goal is for your child to look at the letter and automatically think of and say the sound.  When that happens, and only when it is fast and automatic, do you teach another sound. After your child knows about five to seven sounds, you can begin to teach her to blend the sounds to make words. (My favorite first letters to teach are c, a, t, s, f, r, and h.)

Amy had some of those little magnetic plastic letters (purchase more than one set—they are a good investment) on the refrigerator, so instead of working on paper, I asked her to find a letter that made the sound /ă/ and a letter that made the sound /t/ and put them together.  I sounded out the word while she listened, then I asked her to sound it out for me.

This entire interaction lasted maybe three or four minutes.  She thinks it is a game—and it is!  Make learning into a game that is short and fun and ends while your child is still interested.  Then she will keep coming back for more.

For a high-energy child like Amy, sitting still to engage in pre-reading activity would be torture.  Allowing her to manipulate magnetic letters or letter tiles engages more than just her eyes and ears.  This may help her learn more quickly.  A young child has a fairly short attention span, so learning is better if given in short sessions.  As she gains ability and confidence in manipulating letters to make words, her ability to pay attention for longer periods of time should also increase.

Amy’s mom will continue to play this game with her daughter for a while longer; then she will try writing a few of the words in large print on a piece of paper and see if her child is able to sound them out.  If Amy can do this, she and her mom will continue to play with the magnetic letters on the refrigerator and continue transfer the learning to written words on paper.  Within a short time, Amy will be reading simple sentences—and she will also be able to spell the words—all because she spent lots of time just playing around with the sounds in the words.